Tail Waggers 1990 in Livonia recently brought back several animals from Puerto Rico, which continues to recover from Hurricane Maria. These animals are up for adoption or fostering at the Livonia non-profit.

It was a fast 72 hours last weekend for Laura Zain and several members of Tailwaggers 1990.

The Livonia resident and CEO of the pet nonprofit at 28422 Five Mile made a split-second decision to help find homes for several cats and dogs that had been housed in shelters after Hurricane Maria rocked Puerto Rico earlier this fall.

She returned last weekend with nearly two dozen animals and hopes several members of the community can help by adopting or fostering some of them.

“We need to move them out of here fast, because we’re not a holding facility,” Zain said. “We had some foster people lined up, but they have fallen through.

“We urgently want to find them homes.”

Zain met with one of her rescue colleagues she met when they went to Texas this fall to help with Hurricane Harvey relief efforts. They went to Florida and met at an airport to meet a private plane coming in from San Juan.

“This was the ninth flight coming in from Puerto Rico bringing animals,” she said. “It’s the plane with just one passenger and then crates (of animals).”

The group from Livonia brought back 18 cats and seven dogs, all from Puerto Rico, an island that continues to recover from the devastating hurricane that struck in late September. The hurricane left at least 55 dead on the island and more than 120 dead across several Caribbean islands.

The clinic began vaccinating the animals, mostly cats, this past week and hopes there are members of the community that can adopt or take them in for a short time while permanent homes are found. Some dogs were handed off to a shelter in Grand Rapids, but Tailwaggers was a makeshift, emergency shelter for more than a dozen cats this past week.

Zain said there wasn’t a lot of documentation that came with the animals and what little did come was in Spanish. No records came with the cats that arrived. 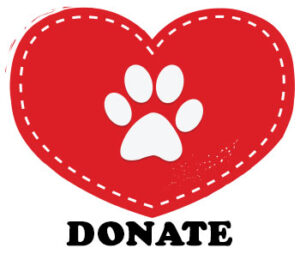